5 Things You Must Know About Moles?

Home » skin care » 5 Things You Must Know About Moles? 5 Things You Must Know About Moles?

The skin is the largest part of the body. Moles on your skin (a “nevus” or “nevi” are medical terms) are growths that occur on your skin, which vary in color, ranging from the natural tone of your skin to black or dark brown. They can be found anywhere on the skin or mucous membranes and can be seen as individuals or in groups.

Here’s what you should know about moles, including when you should consult a dermatologist from cosmetic dermatology in Delhi.

Moles are a cluster of pigment cells that are found within the skin. Most people have between 10 and 40 moles in their bodies. Moles can be found in a variety of shapes, sizes, colours, and even textures.

What are the types Of Mole?

Common Nevi: It’s an ordinary mole, an insignificant bump on your skin that’s brown, pink, or brown, and it is distinct from other moles.

Congenital Nevi: These are small bumps that you find on your skin at birth. They are more likely to grow into melanoma compared to moles that appear after birth. Congenital nevi are found in approximately 100 percent of people.

Dysplastic Nevi: These are typically larger moles than the average (larger than an eraser pencil) and irregular shapes. They usually have irregular hues, dark-brown centres, and smaller, uneven edges and are known as atypical moles.

Do Moles Cause any Diseases?

Melanoma is the primary complication of moles. Some individuals have a higher than average likelihood of their moles becoming malignant and eventually transforming into melanomas. Factors that increase the likelihood of developing melanoma include being born with large moles.

If you begin to notice uneven spots or a patch on the skin, immediately get in touch with the best skin specialist in north Delhi and get it checked.

When should you consult a Doctor for moles?

Suppose you’ve got an area of concern with a bump. Visit the best dermatologist in south Delhi for the skin. A doctor may conduct a biopsy, which involves taking a tiny bit of the mole before studying it under a microscope to determine if it’s cancerous. If the mole has changed, it could indicate cancer; seek out a physician immediately.

This ABCDE guide will allow you to determine whether the presence of a spot or mole could be a sign of melanoma or another skin cancer:

If you’re thinking about getting a mole treatment, visit Jaya Skin Clinic in Delhi. You will get the most effective solution to resolve your skin issues and live a happy, carefree life.

At Jaya Skin Clinic, we provide pristine care & precision through cutting-edge technology. We expertly treat patients who want the elimination of moles under the guidance of our highly skilled lady skin specialist in south Delhi, Dr. Jaya. Consult our experts to set up an appointment today! 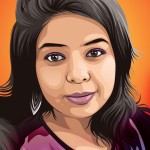 Dr. Jaya Gupta is a member of Indian Association of Dermatologists, Venereologists and Leprologists. She graduated from school in Delhi and completed her Bachelor of Medicine and Bachelor of Surgery (MBBS) from Kasturba Medical College, Manipal University. Dr. Gupta completed her specialization in dermatology from NHL Medical College, Gujarat University. She has presented her independent research at a number of national and international academic conferences. She has experience as a hair transplant surgeon and has handled several cases independently.

Give a Reply Cancel reply

Notice: ob_end_flush(): failed to delete and flush buffer. No buffer to delete or flush in /home/jaya345/public_html/wp-content/themes/onelife/functions.php on line 282